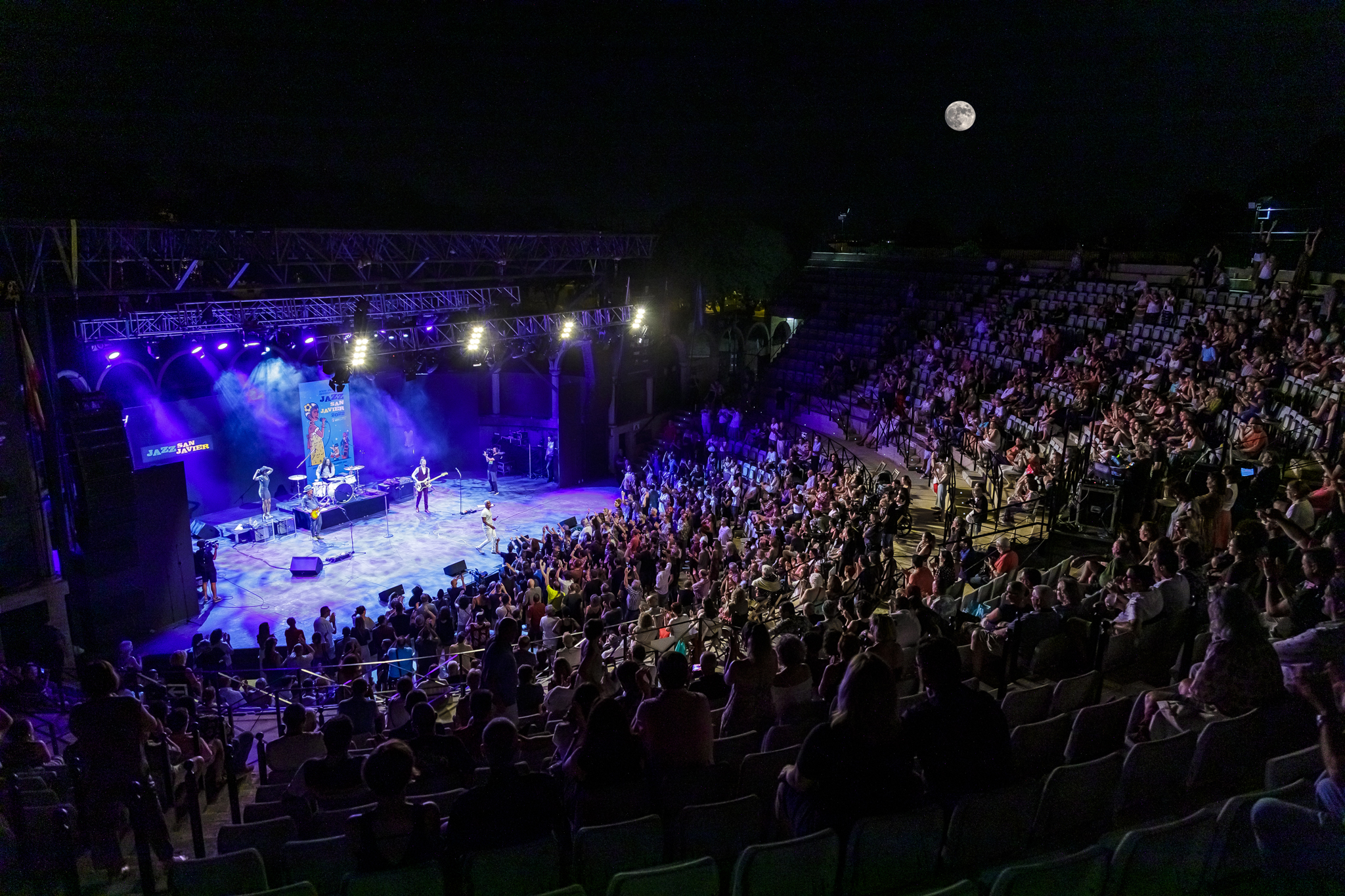 On September 3, the broadcast on 7 TV of concerts of the XXIV Edition of the San Javier Jazz Festival begins 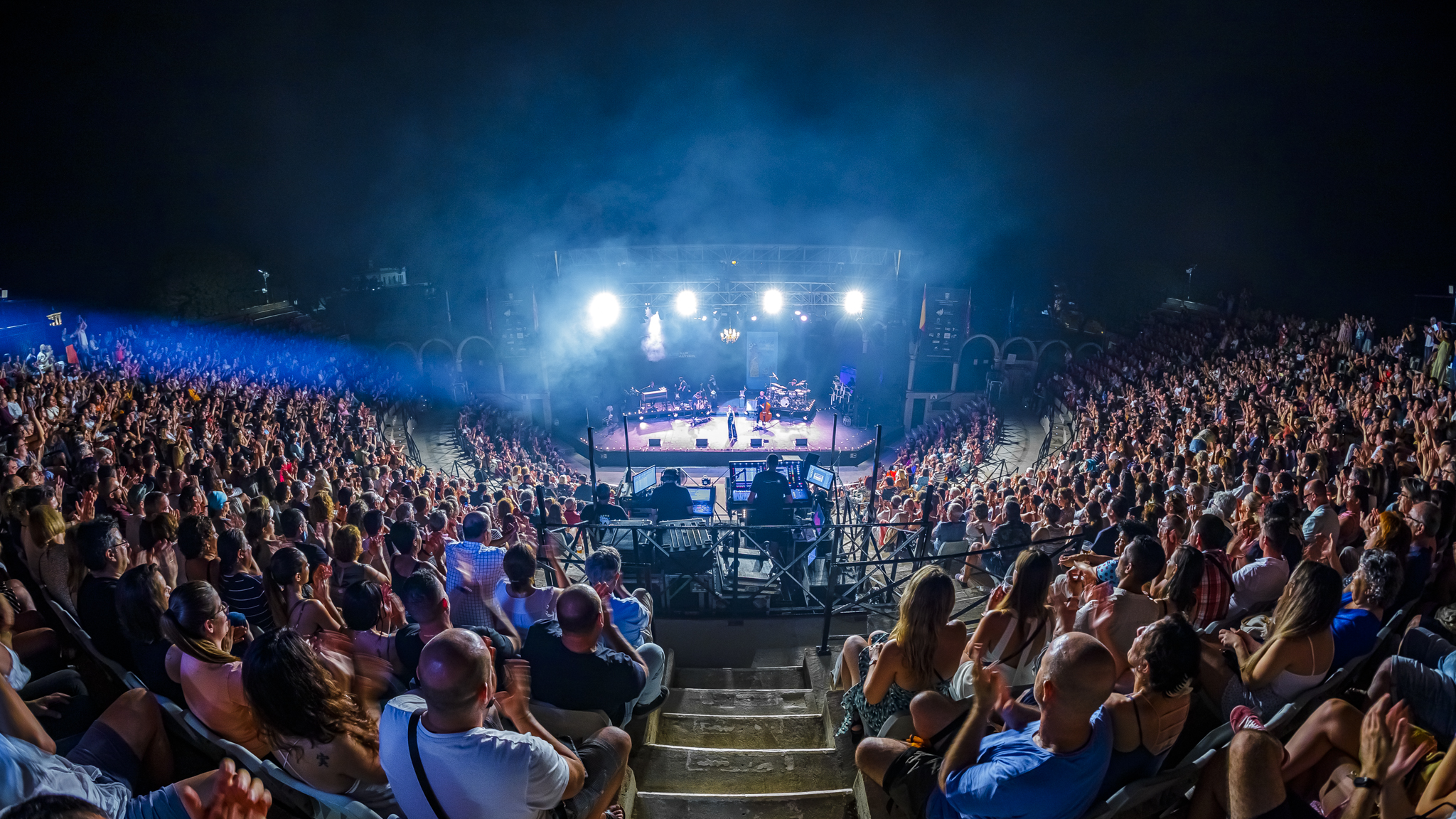 We announce that Radio Nacional, Radio 3, will carry out a special program of the San Javier International Jazz Festival.
Its broadcast is scheduled for September 2, the first Friday of this month.

The program will be directed by Ángel Lobo. 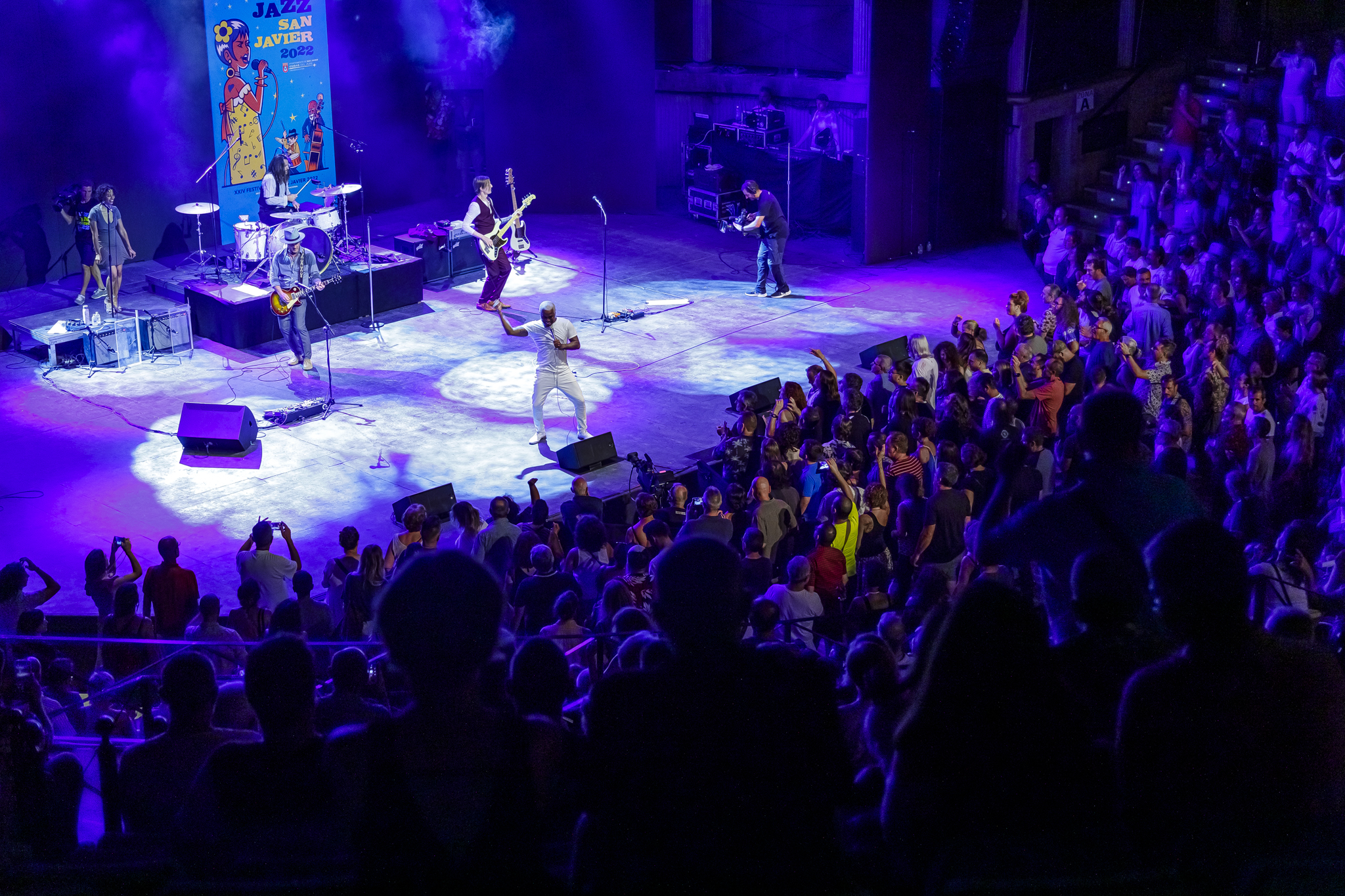 Starting on Thursday, September 1st, TVE 2 will broadcast a total of 9 concerts of the XXIV edition of the San Javier International Jazz Festival, at variable times, between midnight and 2 am, within its “Summer Festivals” program.
During 15 days following the date of their broadcast, the 9 concerts can be reviewed on the RTVE.es "A la carta" website.

The concerts and their broadcast dates are as follows: 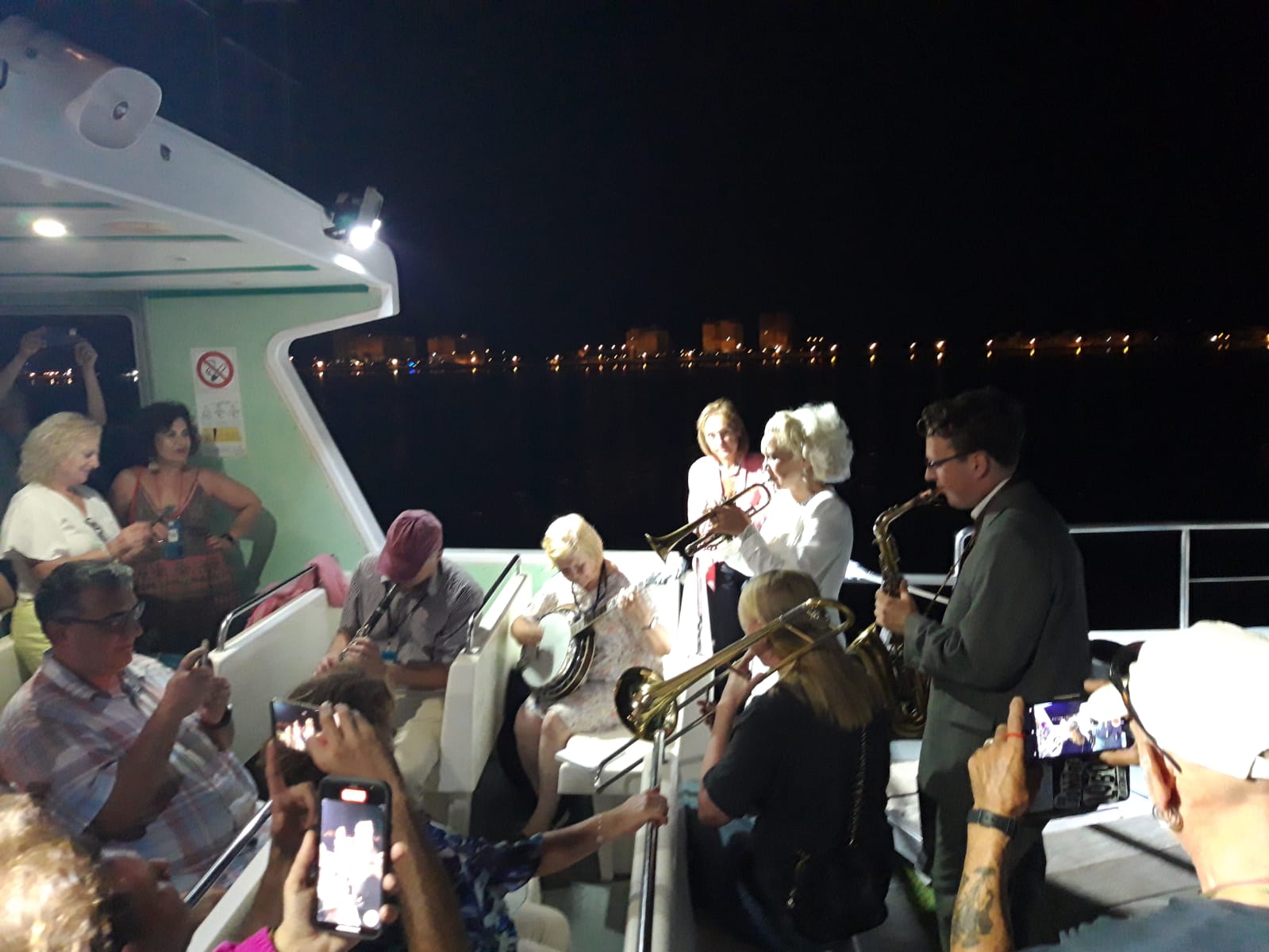 The night fell short.
The Carling family continues their concert on the Ferry Mar Menor boat on the way back from La Manga to Santiago de la Ribera, provoking the surprise of the passengers on it. 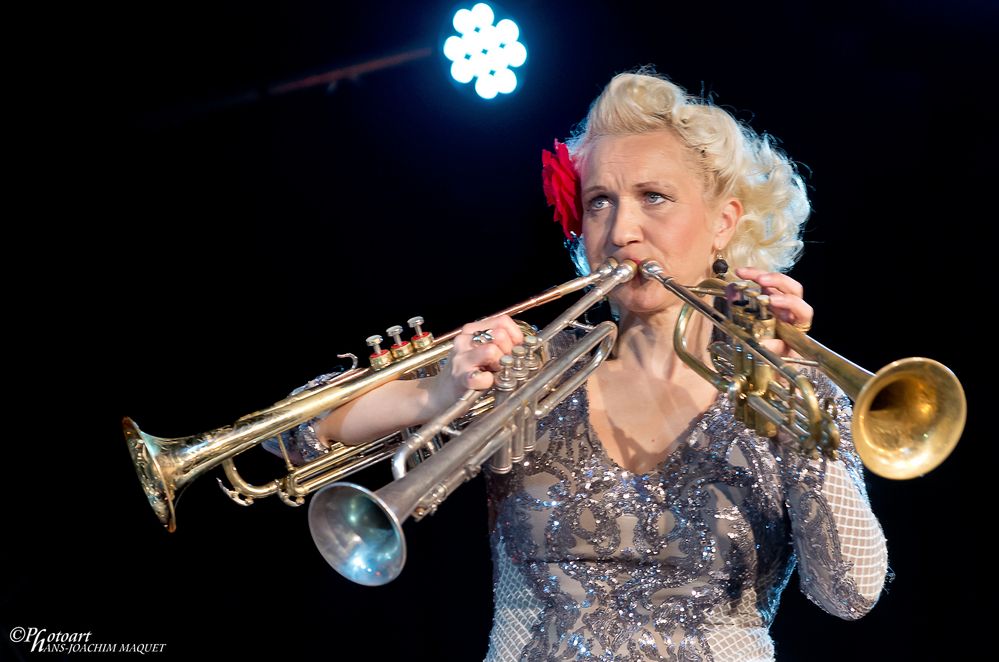 Attention! ATTENTION! I would't miss any of these appointments with the great Gunhild Carling!
By the way, on Sunday the 10th, at 7:30 p.m., a ferry will depart from Santiago de la Ribera in the direction of La Manga, returning to Santiago de la Ribera after the concert, which will start at 10:30 p.m.

But if you couldn't join us on Sunday at Tomás Maestre, remember that there will be a second chance to enjoy the Swedish Queen of Jazz on Monday 11, at the same time, in San Blas.
Tuesday, July 5th, 2022

"Jazz in the gardens" Concerts

Changes in some schedules

The schedules of some concerts have been advanced.
The concerts on Wednesday, July 6th (Joscho Stephan Trio & Sandro Roy and Patax "Plays The Beatles") and Thursday, July 14tn (25 years without Tete and Vintage Trouble), will begin half an hour earlier than scheduled, at 9:30 pm, given the duration of the concerts, scheduled on weekdays. 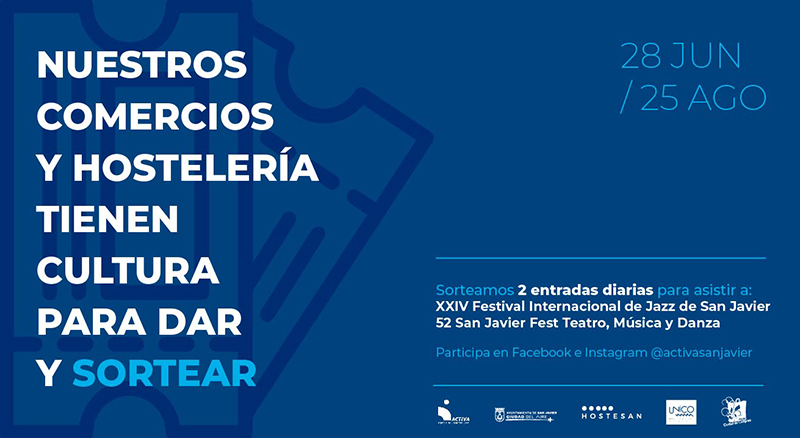 You can find out about all the details of it by consulting its Terms and Conditions.

The San Javier Jazz Festival anticipates the presence of the guitarist Steve Vai, the band Vintage Trouble, the quartet of the guitarists Peter Bernstein and Mark Whitfield, the trio of the pianist Emmet Cohen and Terel Stafford & the Bruce Barth Trio.

The illustrator, Dr. Juanpa, highlights the female presence in the world of jazz on the poster of a 24th edition that will be held during the first three weeks of July, with more street concerts.

The Valladolid illustrator Dr. Juanpa is the author of the poster for the 24th San Javier International Jazz Festival to be held during the first three weeks of July, dedicated especially to guitar and piano. The Festival will continue to care for Spanish and European music in a program with a great presence of North American musicians such as the great guitarist Steve Vai, one of the names announced today in a preview of artists that includes the band Vintage Trouble, which will play for the first time in the Región, guitarists Peter Bernstein and Mark Whitfield and pianist Emmet Cohen, and the Terell Stafford and Bruce Barth Trio, with Sara Dowling as guest artist.

The mayor of San Javier, José Miguel Luengo, the Councilor for Culture and director of the Festival, David Martínez, the former director of the Festival, Alberto Nieto, who continues to collaborate in the artistic direction, and the author of the poster, Dr. Juanpa, presented today at the San Javier Museum, the poster and a preview of the Festival's program that "includes many novelties not only among the artists on the program but also in parallel activities with more music in the street," announced David Martínez. The Festival will take free concerts to La Manga del Mar Menor, Santiago de la Ribera and the center of San Javier and as a novelty, "it will fill different green or landscaped areas of the municipality with music in these three weeks, giving great prominence to the Conservatory of Music of San Javier and local artists like vocalist Dora Helena”.

The presence of women in the Festival and in the world of jazz has its tribute in the poster of the illustrator, Dr. Juanpa, who had already done a job for the Blue Note in New York, or the Jayhawks tour poster, which was what made Jazz San Javier recruit him, admitted David Martínez. Dr. Juanpa signs the poster for the 24th edition with a work in which he opts for color, for the classic theme of the world of jazz and that shows his predilection for the design of the 60s, as he himself acknowledged during the presentation at which thanked the trust placed in him by the Festival. 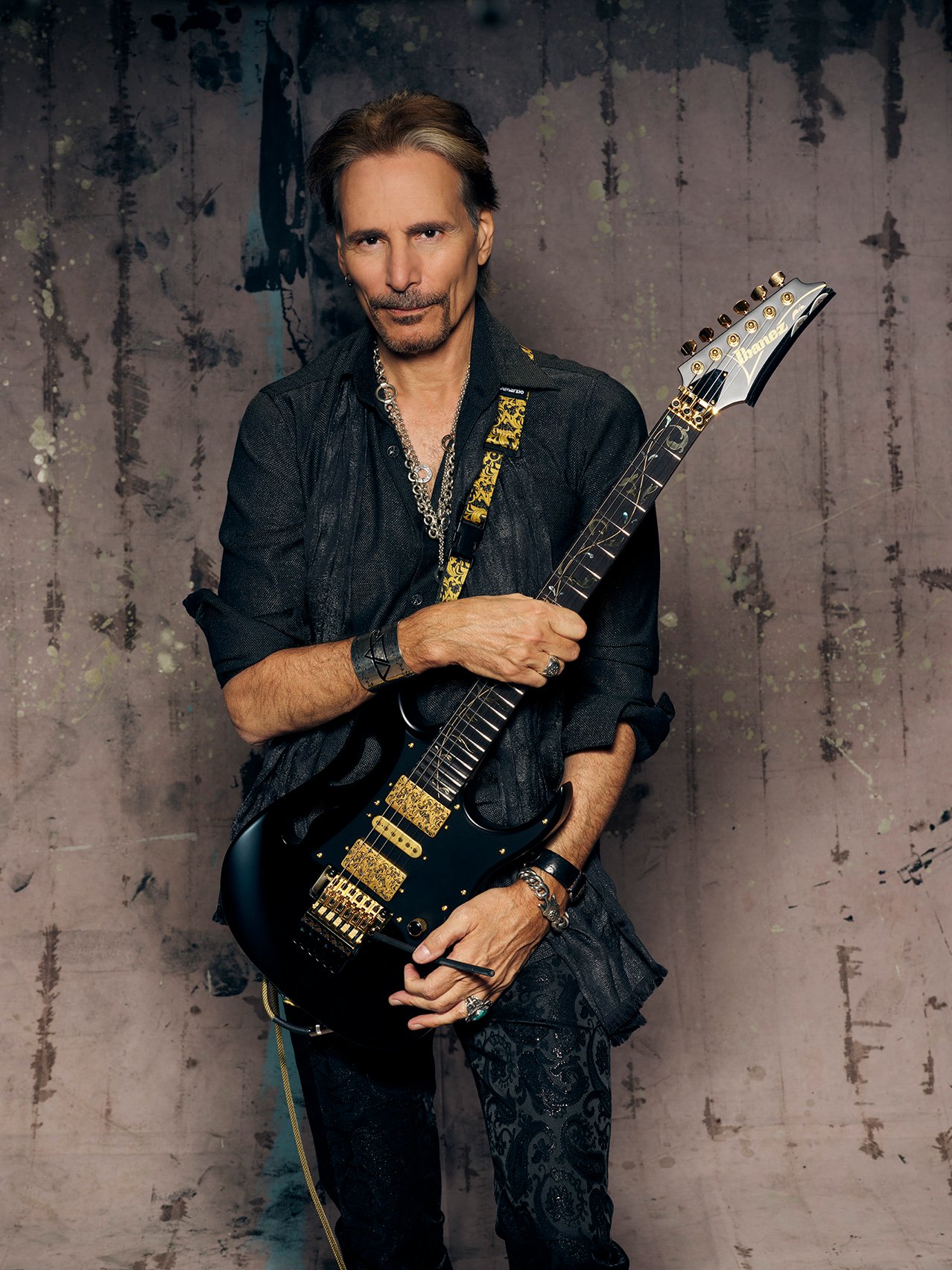 Alberto Nieto reviewed the names of the five artists announced today as Steve Vai, considered by specialized magazines as “one of the 10 best rock guitarists in the world”. Trained with Joe Satriani and with Frank Zappa as a mentor in his professional beginnings, Steve Vai has a career spanning more than 40 years, with 15 million records sold and 3 Grammy Awards. He now returns to San Javier, where he left an indelible memory five years ago, with his new album “Inviolate”. 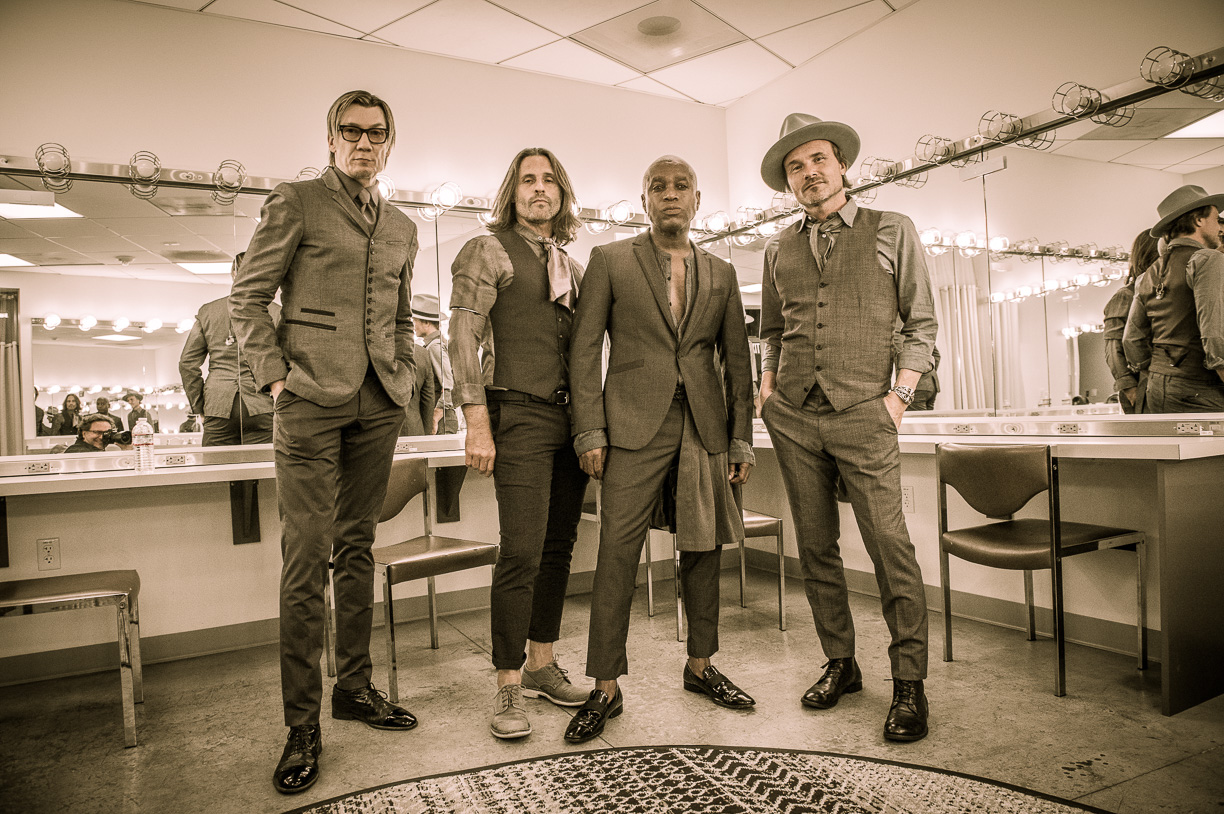 One of the most surprising novelties and performances will be that of Vintage Trouble, an unclassifiable band from Los Angeles, "difficult to describe in words", admits Alberto Nieto, who invites you not to miss this first performance in the Región by a group that his own singer describes as "James Brown singing with Led Zeppelin". Blues, Rock and Soul go hand in hand in this formation that invites you to dance, made up of vocalist, guitar, drums and bass.

Another of the concerts announced in today's preview is that of the great American guitarists, Peter Bernstein and Mark Whitfield, old acquaintances, who visit San Javier with their own production of the Festival "We all Remember Wes ”, referring to the great American jazz guitarist Wes Montgomery and the atmosphere generated by his trios.

Trumpeter Terell Stafford, ranked at the top of contemporary trumpet players after Wynton Marsalis, is another of the guests at the 24th edition of Jazz San Javier, with the trio of the pianist Bruce Barth, the former musical director of Toni Bennet and habitual of the great names of jazz. Vocalist Sara Dowling, one of the UK's hottest new musical talents, will be the guest artist for the last part of the concert.

Finally, the Festival announced the name of the pianist Emmet Cohen, an artist who was already on the 2020 program, suspended due to the pandemic and who we will finally be able to see at Jazz San Javier, Nieto admitted. At 31 years old, Emmet combines the tradition of North American music with that of classic jazz from the 70s and 80s, he has won the main prizes and distinctions for pianists in the United States and has played alongside great artists such as Benny Golson, Ron Carter, Jimmy Cobb or George Coleman, among others.

The mayor of San Javier, José Miguel Luengo, pointed out the fact that he is presenting a Festival with which he has returned to maximum normality since 2019 and pointed out the fact of the commitment to bring music and the Festival to the streets. Luengo also highlighted the municipal management of the Festival and thanked the role of the sponsoring companies that also attended the presentation. The mayor of San Javier congratulated his director, David Martínez, the entire team of officials involved in the organization of the festival, and Alberto Nieto, for his association with the Festival that he has directed so far. Luengo reiterated the commitment of the San Javier City Council for Culture and underlined the step that the new winter theater will entail, next to the auditorium, in order to expand the cultural offer of the municipality.